While the Upper Delaware River valley was still a rugged frontier wilderness in the middle of the 18th century, farmland was becoming scarce in eastern Connecticut, and some of the Connecticut residents began to form companies for the purpose of purchasing lands elsewhere. The Susquehanna Company, formed in 1754, was one such group, consisting of about 600 men who purchased from the local Native Americans large tract of land along the Susquehanna River, paying them mostly with whiskey.

Another group, calling itself the Delaware Company, comprising about 30 families and led by hardy men named Skinner and Thomas and Tyler, consummated with several local Lenape chieftains what became a controversial purchase of a tract of land running about 30 miles north and south on both sides of the Delaware River from about present day Lackawaxen to Callicoon. By 1757, this group had formed a small settlement on the new property. The place became known as Cushetunk, a close approximation of the Lenape word for the area.

Within a few years the Delaware Company was soliciting additional settlers through a prospectus that claimed they had established three separate communities, each extending ten miles along the Delaware River and eight miles wide. These new communities consisted of thirty cabins, three log houses, a grist mill and a saw mill.

Because of the hostile nature of the frontier at the time, around 1760 or so two separate portions of Cushetunk were surrounded by stockades for protection. These stockades became known as the “upper fort” and the “lower fort.”

Mr. Burbank was born in 1900, and while not a Sullivan County native by birth, he spent a lot of time with his grandfather, English John Scott—so labeled by his neighbors to distinguish him from another man with the same name, who became known as Irish John Scott. English John Scott was one of the rugged, fearless men who made their living from the timber industry in Cochecton, and upon his retirement, spoke long and eloquently of his adventures on the river. Mr. Burbank visited often, soaking up all the legend and lore of the upper Delaware the old man could dish out.

Mr. Burbank joined the Navy in 1917, and spent thirty years in uniform, finally serving as an artist in the Navy Recruiting Bureau, having completed art classes at both Pratt Institute and Brooklyn Institute of Arts and Sciences. He was well-known enough as an artist to be listed in the Who’s Who in the Art World in 1938, by which time he was already summering in Narrowsburg, and in 1946 he was featured in a series of print ads for X-Acto Knives & Tools, which appeared in Popular Science and Popular Mechanics, among other publications. The ads hinted at his interest in history in general and the upper Delaware in particular.

When Mr. Burbank retired from the Navy in 1947, he moved full time to Narrowsburg with his wife Josephine and daughter Peggy. He became Sullivan County Historian in 1948 upon the death of newspaperman A.M. Scriber, who had been appointed the County’s first official Historian in 1933. Mr. Burbank held the post until he resigned in 1952 in order to pursue his dream of building Fort Delaware.

At the height of the nationwide Davy Crockett craze created by the Walt Disney television segments turned feature film, and with other period-themed parks making their appearance throughout New York’s upstate, a museum of colonial history along the Delaware River seemed like a no-brainer. It just took ingenuity, wherewithal and financing. Mr. Burbank had spent years researching the life of men named Skinner and Thomas and Tyler and Tracy and the earliest European settlements along the river. He had written about the sprawling community at Cushetunk and the Delaware Indian uprising of 1763 that had tested the fortification built to protect its inhabitants. He was determined that a replica of that stockade, with docents dressed in period costume, would lure people to Narrowsburg and entertain and inform them.

He made meticulous drawings of what the place should look like and how it should be built, right down to the fasteners to be used. He touted the idea far and wide, and interested enough of his neighbors in investing that the initial stock offering was sold out. He supervised the construction and then donned a buckskin outfit and coonskin cap, and toting a replica flintlock, manned the fort as its chief docent, enlisting his daughter and a number of townspeople to help out.

Fort Delaware was not a fort in the military sense, but was designed as a replica of the stockade that had been known as the “lower fort” of the Cushetunk settlement, which had actually been located about six miles upriver on the Pennsylvania side of the Delaware. Mr. Burbank’s interpretation included a number of concessions to the realities of entertaining families, such as a petting zoo, pony cart rides, a gift shop and a café, but he strived for accuracy in the historical portrayals, and worked hard to ensure that the docents were well trained in the stories they were assigned to tell. He put his talents as an artist and model maker to good use, designing intricate displays and drawing detailed maps to help tell the story of the Upper Delaware frontier.

The Burbank group ran Fort Delaware as a private enterprise, and a labor of love, until 1970, when, struggling, it was rescued by Sullivan County, which turned it over to the Division of Public Works. By that time, the Davy Crockett craze had long since faded, American history had lost a lot of its luster for school kids, and most of the period-themed parks that had thrived in the 1960s had closed their doors long before.

James W. Burbank died in 1975, but his fringed buckskins remain on display at Fort Delaware even as the docents have adopted the less glamorized costumes typically worn along the New York frontier.

Fort Delaware remains under the ownership of Sullivan County, and beginning in 2021, it is being operated by The Delaware Company, which is making every effort to position it as a serious living history museum offering authentic, immersive programming.

Fort Delaware Museum of Colonial History in Narrowsburg, NY always has openings for colonial re-enactors of all ages who want to become part of our program. Whether you would like to work in our garden or publick house, possess knowledge of colonial era skills from weaving and woodworking to small arms, or just enjoy portraying a colonial era settler, we may have a place for you. Find out more by emailing us at fortdelaware@thedelawarecompany.org. Volunteers are admitted free to all events at the Fort. 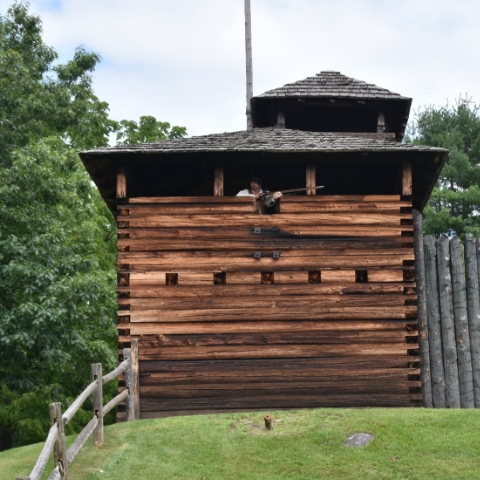 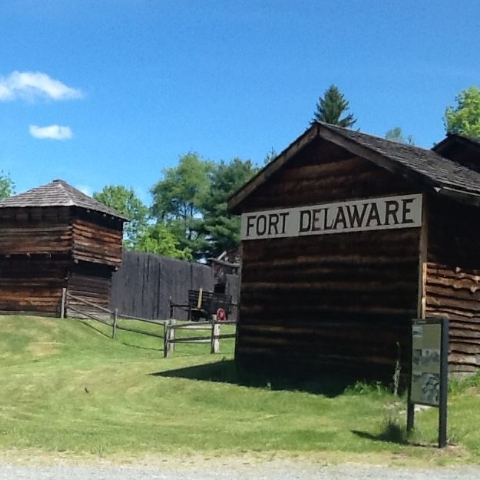 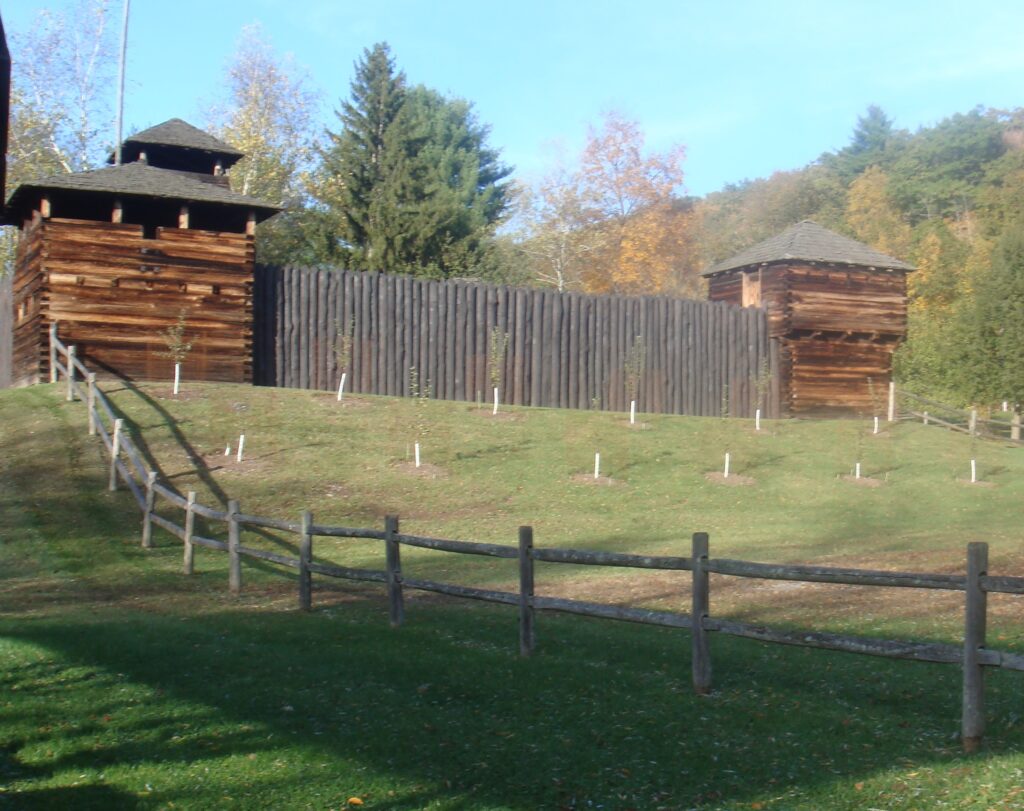 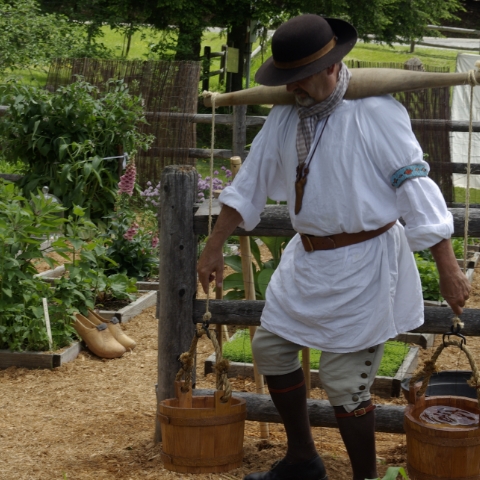 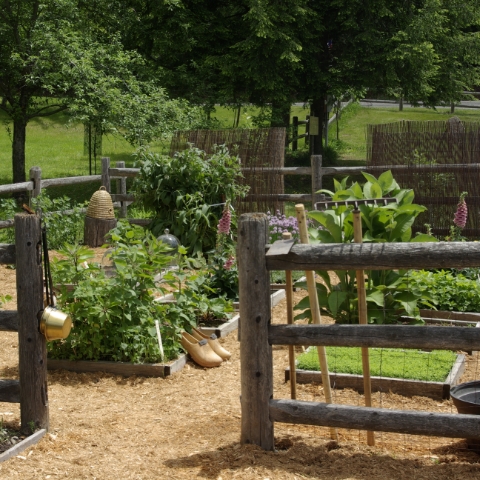 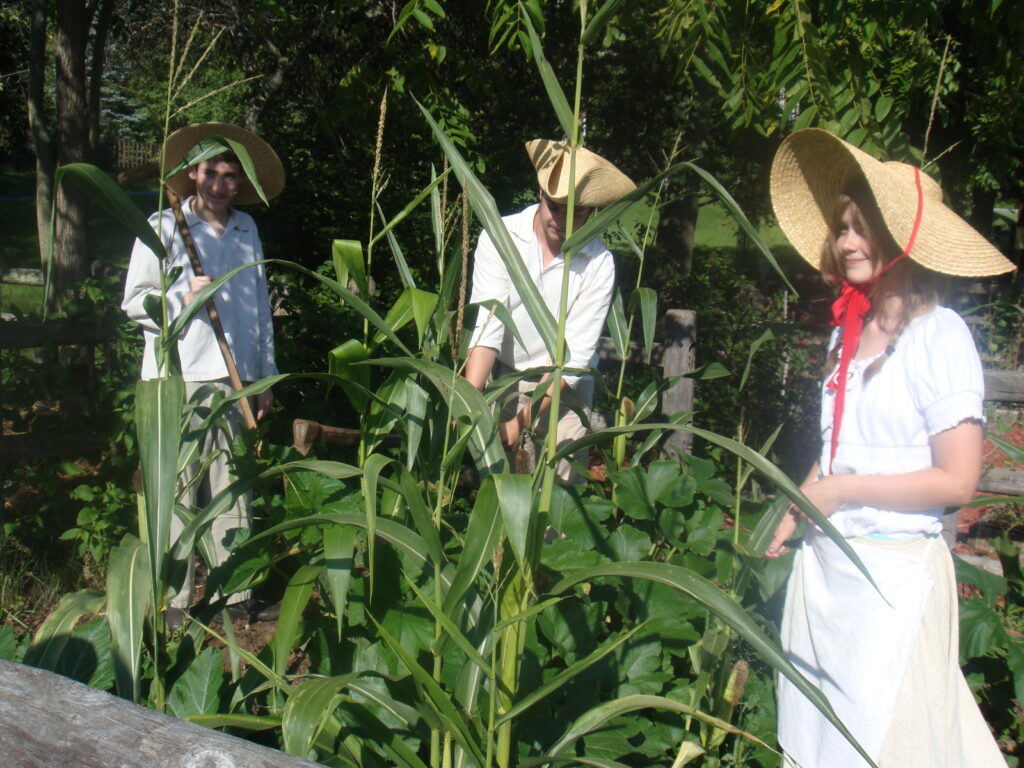 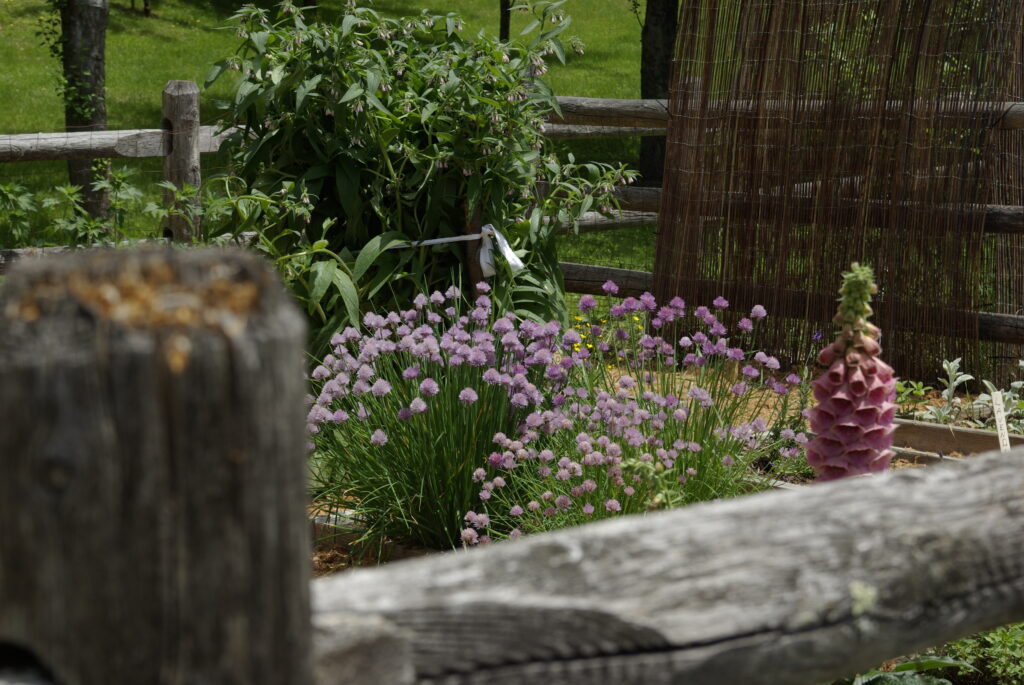 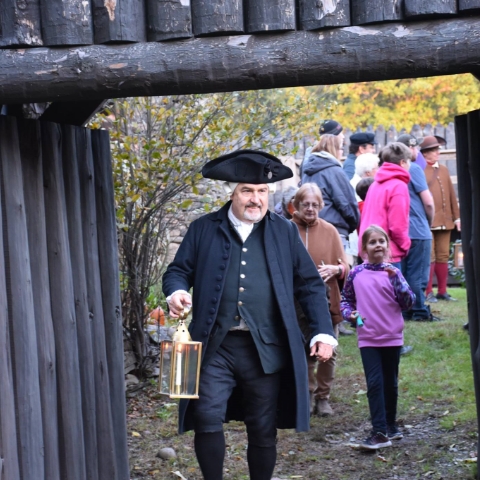 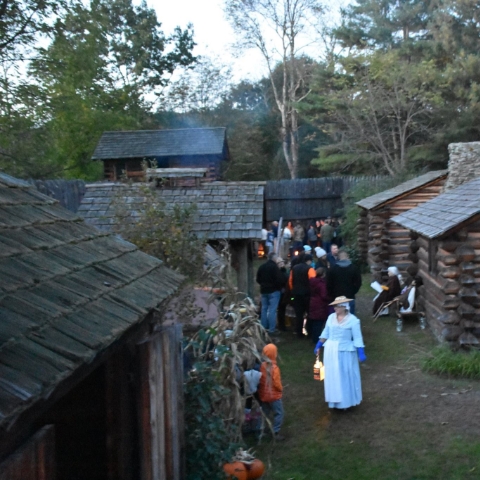 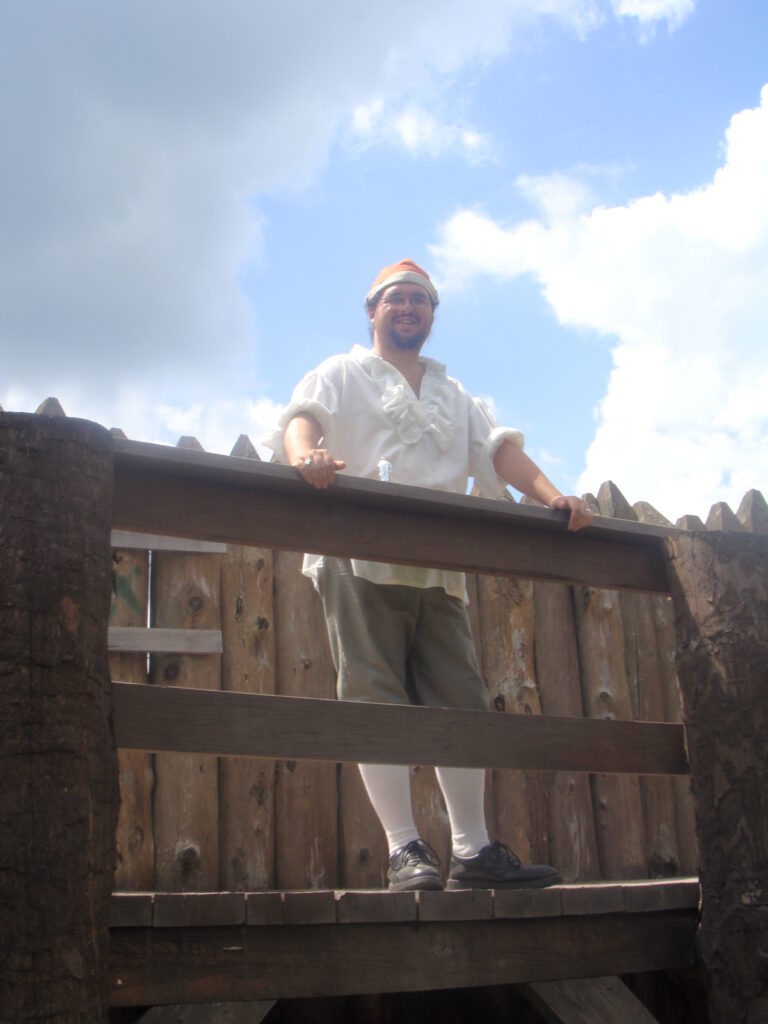 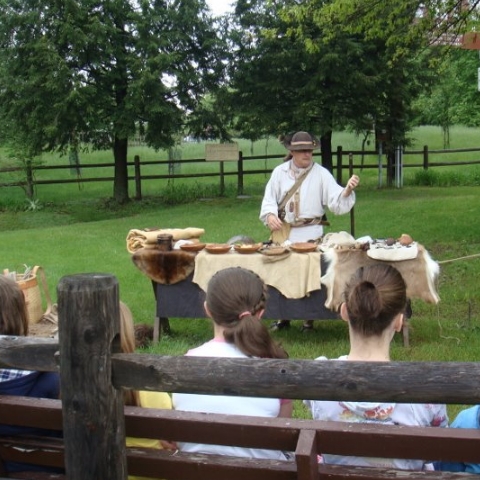 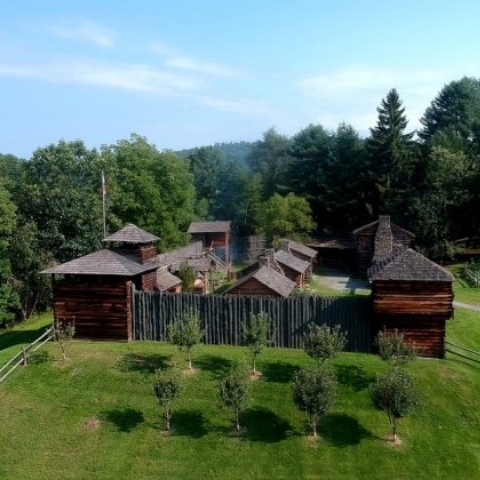 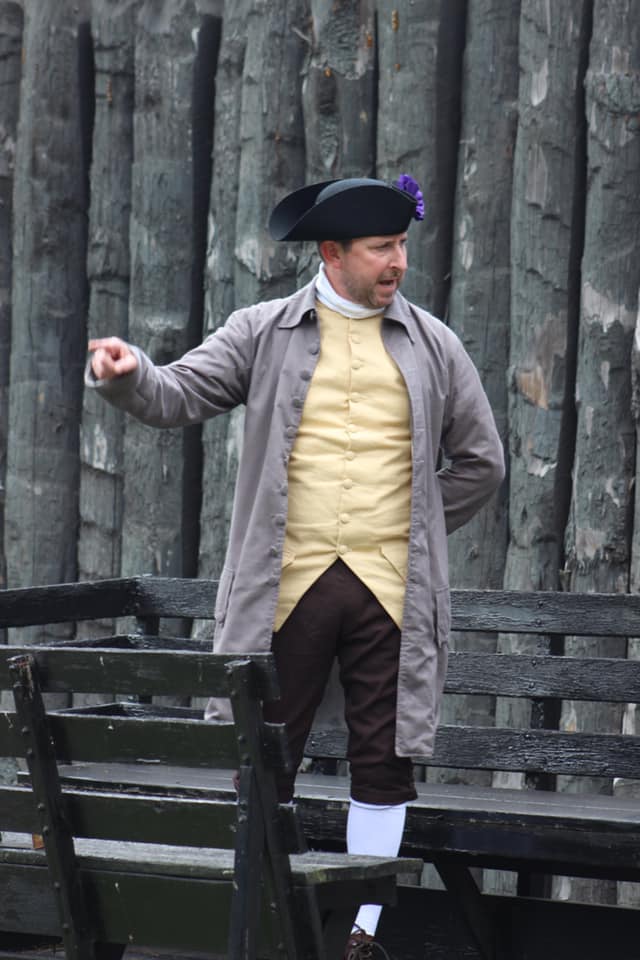 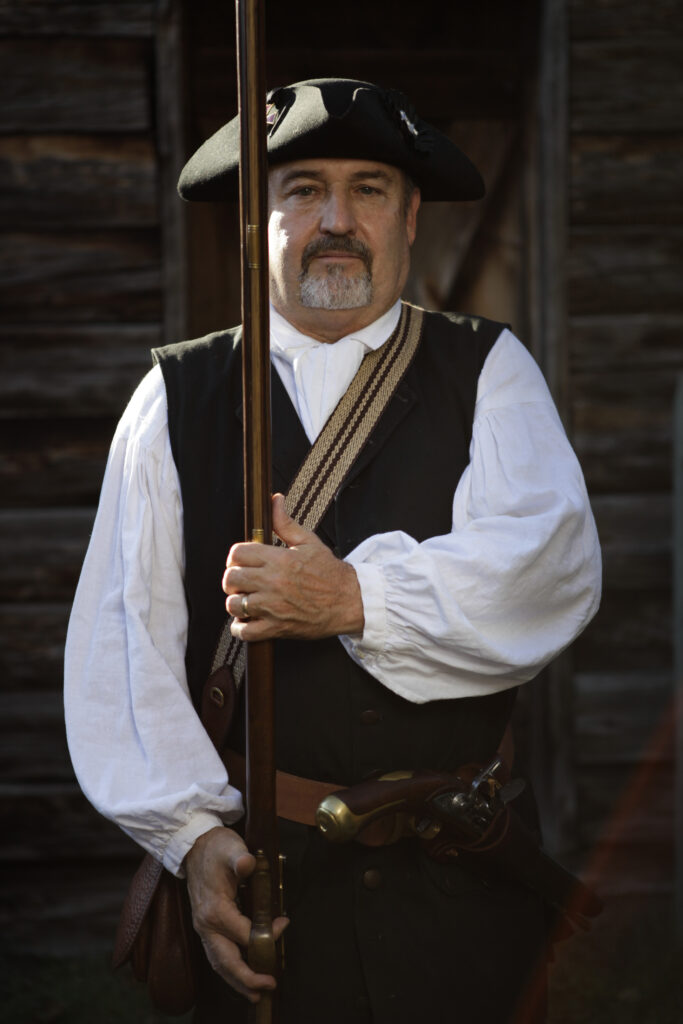 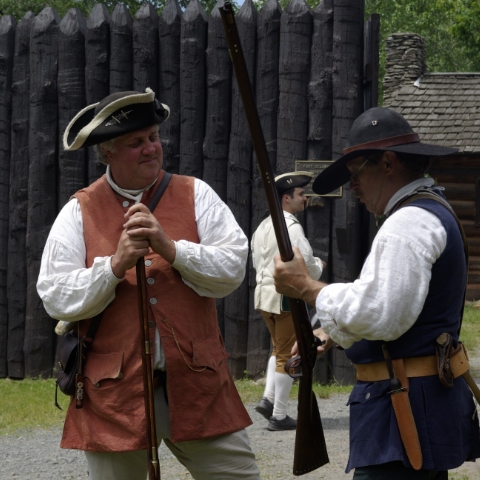 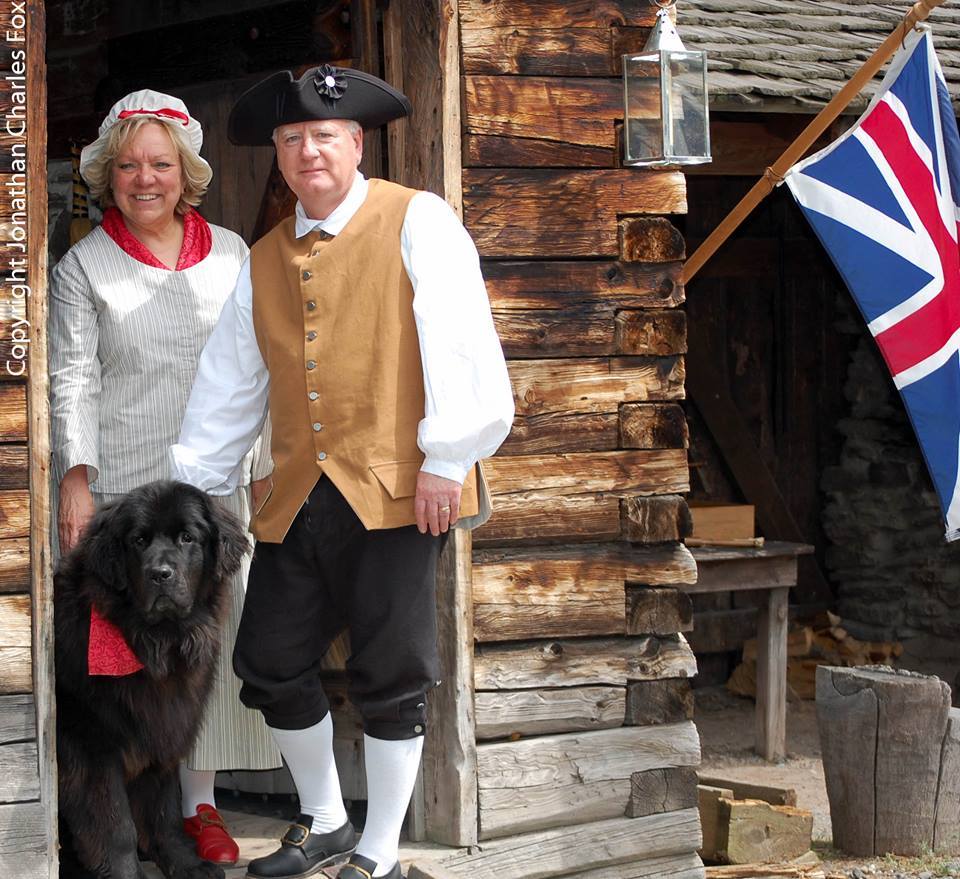